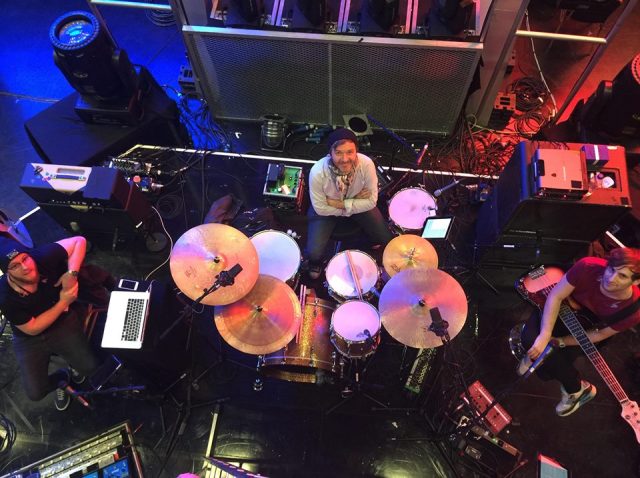 Are you listening to Ash Soan? If you’re not, you probably should be. But here’s the thing. You probably already are even if you don’t realize it.

When he isn’t backing up artists and contestants as part of the house band on The Voice UK, he’s cutting studio tracks for some of the biggest artists in world. You can check out his site for a closer look at some of the records on which he’s put his stamp, but here’s a quick taste: Adele, Cee Lo, Robbie Williams, Cher, Billy Idol, and Enrique Iglesias. Dude’s been on 47 Top 20 albums. He’s also toured with an equally staggering list of international acts, and was a member of the band Squeeze for several years. He’s a monster.

So how does Soan keep getting so much work? Well, a lot of it has to do with his immense groove, outrageous versatility, and ever-affable manner. But one of the biggest reasons he’s beloved by so many engineers is his sound. Soan knows sound. He knows what sounds work on records, and he knows how to get them. He knows the value of a finely crafted instrument, and he also knows that sometimes getting the right sound means laying down a few Moongels and a shitload of tape.

Despite his unbelievably busy schedule, the British-born studio maven was nice enough to give us a little insight into what he’s using and why, including what inspired his relatively recent switch to Sakae Drums (check out our Sakae Trilogy Series review here). 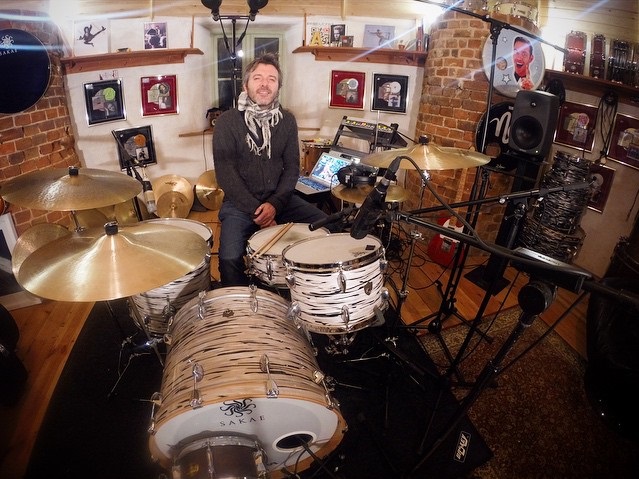 Can you tell me what, specifically, brought you to Sakae?

When I heard Yamaha shells were going to be made in China, I felt strongly about staying with Sakae who had made all the shells I ever played at Yamaha.

It looks like you’re working mostly with the Trilogy series. Why is that?

Love the vintage feel and sound, but not keen on sending my 60’s kits off on tour.

“The natural progression for me is to play Sakae’s Trilogy Drums. Based on a three-ply model, this kit produces the sound that best represents me at this stage of my musical journey.” -Soan, quoted from Sakae’s site.

What are your preferred sizes?

What kind of heads and tuning are you using?

Remo Vintage A on snare and Vintage Emp’s on toms.

How does your tuning and set-up change between stage and studio?

Can you tell me about specific muffling or sound management techniques you use live or on record?

I use all sorts tape, Moongel, etc…

How much do you input do you have on mic placement and engineering?

A little. Most of the guys that mic me up know much more than me!

I imagine your snare selection varies quite a bit, but are there one or two models (Sakae or otherwise) that you use most?

I am loving my 13″x6″ Bubinga, and lots of people are digging it in my Instagram vids and on my app.

Love all the new Keropes!

What’s in your stick bag?

All Vic Firth: 5A, T1 beaters, brushes and a key

What are you working on that you’re most excited about right now?

I’m working on a Jeff Lorber album from my studio sending my drums back to LA. I’ve also got some pretty cool gigs coming up with him too. I’m at the Albert Hall with Van Morrison and many others for The Lead Belly festival. I’ve been asked to play on my first blockbuster movie recently too so I hope that can work out date wise.

One thought on “Rigged: Ash Soan”